Path of Exile is considered by many to be the true spriritual successor to Diablo 2. It’s dark, gritty and far more complex than its counterpart Diablo 3. If you’re going to play an ARPG, you really should play PoE. Don’t forget to from U4gm.com to poe currency purchase, which is the best choice for Path of Exile currency & items services on the market! 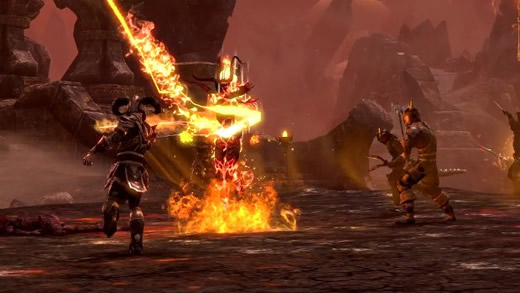 There is nothing, I repeat, NOTHING, in the game store which will give you or your character an advantage in combat or against bosses or anything that will directly effect your character’s stats. Nothing. There are two things in the store: cosmetics and some organising-your-inventory perks. I would argue that the stash tab items are really helpful, but you do not need them. I was totally F2P for the first 200hrs and had no issues. All game content is accessible for free.

Absolute advantage!
-The graphics including environments and attack/spell effects are excellent. The art style is dark. Think DarkSouls, not WoW. Also, I use an i7 5820k, 960gtx 4gb and get very steady 120fps.

-The Lore is great and is accompanied by excellent voice acting, generally speaking, across 10 Acts and extensive end-game content.

-The musical score is top-notch and suits each area you travel to and boss you fight. There is a distinct Witcher 3 inspiration to it especailly in Lioneyes Watch. You’ll know what I mean.

-There are 7 classes to choose from (1 is unlocked later) each with 3 Ascendancies.

-The character tree is HUGE. It can be quite overwhelming at first but once you get into it, it’s not that hard to figure out. Note the tree works like FFX’s sphere grid. Any character can use any skill and access any node on the tree. Classes are only limited by where you start on the tree and which Ascendancy you can choose from. The character building potential options are genuinely staggering.

-The amount of loot/items in the game is crazy! Thankfully, it all has a use and your stash is shared across all characters in a league. Once you have a feel for the game, it’s worth using an item filter.

-No PvP is required to progress in the game which personally, I prefer.

-New temporary leagues with new content/mechanics are run every few months which keeps the game fresh. There is however a standard league if you are looking for a more permanent set up. I would however strongly suggest starting in the temporary softcore league as it’s more fun. You can also play in solo mode and have no player interaction should you so choose.

-Though I don’t personally suggest following a build straight away as it takes the fun out of it, the game does have a substantial following on Twitch and extensive Wiki to help explain some of the more in-depth mechanics of the game.

-New items are added to the store very regularly and there are also sales on items if you do feel like splashing some cash to make yourself look pretty.

-The game is patched regularly and a realm restart takes place once a week. The game is usually down for no more than 15-20mins.