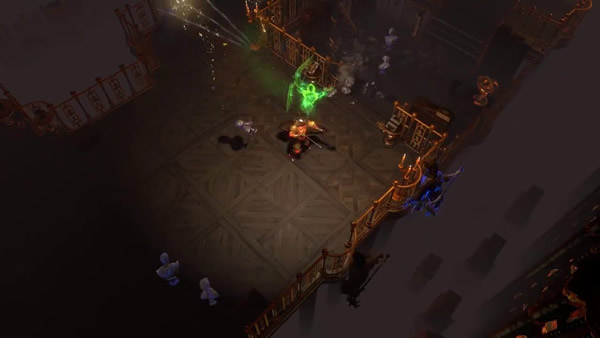 In Path of Exile, some players may confused about frost archer, so I hope the following FAQ content can help you, I’ll try to keep this short and sweet:

1. Is it ok for me to run as much IIR gear as possible as long as I’m clearing at a decent pace and don’t need stronger gear?

There has been talk about how good rarity is lately. The general idea so far is that Quantity is much better than rarity, but I read somewhere that rarity has an interaction with poe exalted orb, so it might be worth to have some. For you in specific, don’t bother about that until later on because it becomes relevant when you want to start farming maps (maybe blood aqueduct for some fast Tabula cards and then move on to maps).

2. Started off pretty basic with a frost archer & ballista build. Got wave clear down and using barrage with GMP and Point blank for single target, but it feels like my single target dmg is lackluster, any good ideas to buff it?

Arrage feel better later on when you can stack a lot of projectiles, also, as a 3 link with a GMP it won’t do that much damage, you would need a 4th link.

I’m guessing you’re using Ice Shot as a main Skill, that should be good even for single target with good supports. Best are Added cold, LMP (GMP is a bit much at this lvl), chain or pierce support, and elemental damage with attacks. Another option would be mirage archer.

In terms of auras, I would use Wrath instead of haste probably, since most bow build stack elemental damage and scale it. But Haste is not a bad option if you feel you’re too slow

3. I’m level 40 now, is it ok to start playing around with modding my items yet or do I have to save for the late game?

You usually just bother checking for certain thresholds. For example, every 10-15 levels you want to change your weapon, depending on how the DPS feels.

4. Survivability – In my situation do I build for armor, evasion, raw HP, Spell shield or a combination of them?

As a bow character (I’m guessing Ranger-Deadeye) you will mostly focus on evasion, stack some life (can’t get much on the right side of the tree though), take the Acrobatics keystone, since Dodge is different than evasion.

You can replace the Ballista (not that helpful as you level up really) for a decoy totem, and get a Cast When Damage Taken + immortal call set up, maybe with an enfeeble curse to help your survivability.

What do you mean by spell shield? Energy shield? Just stay focus on building as life, with life nodes on tree and flat life on gear.